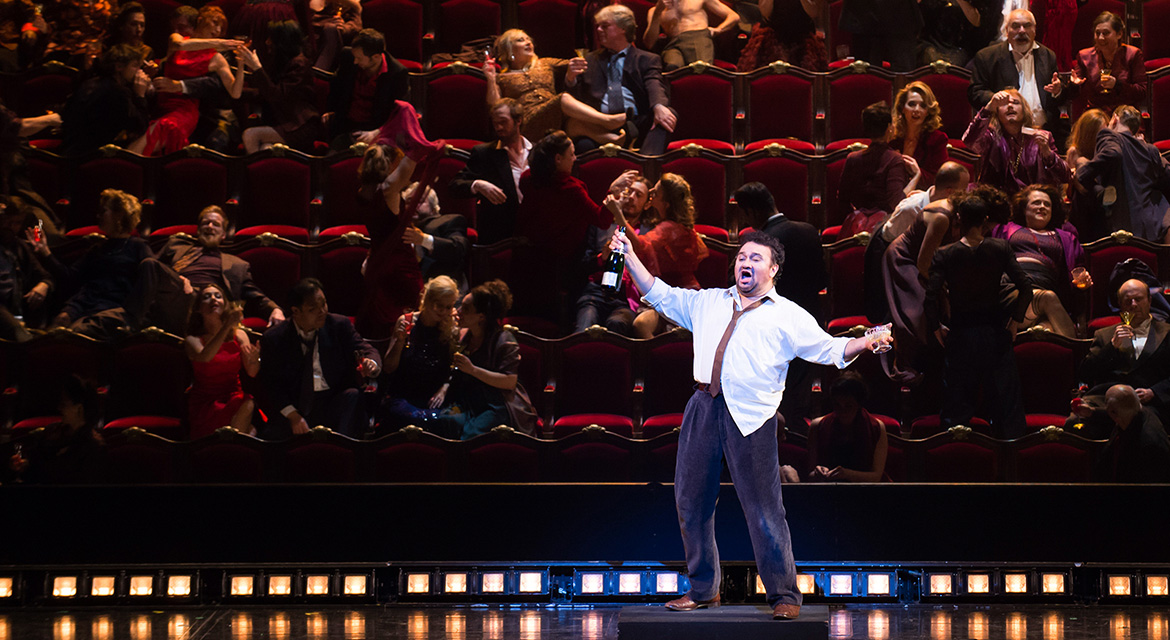 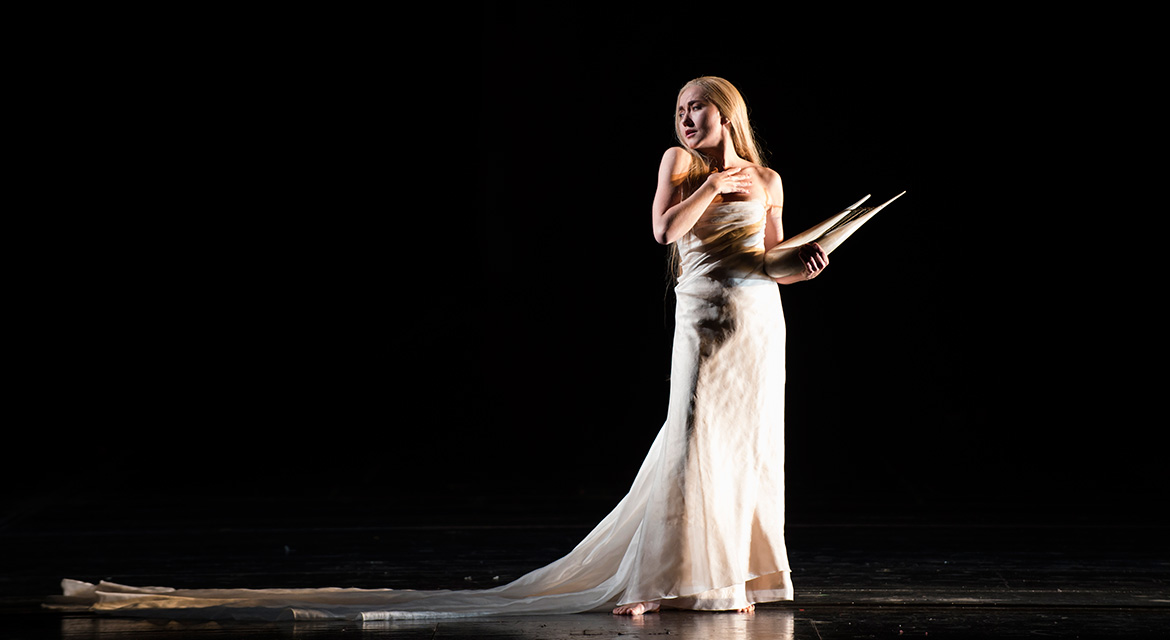 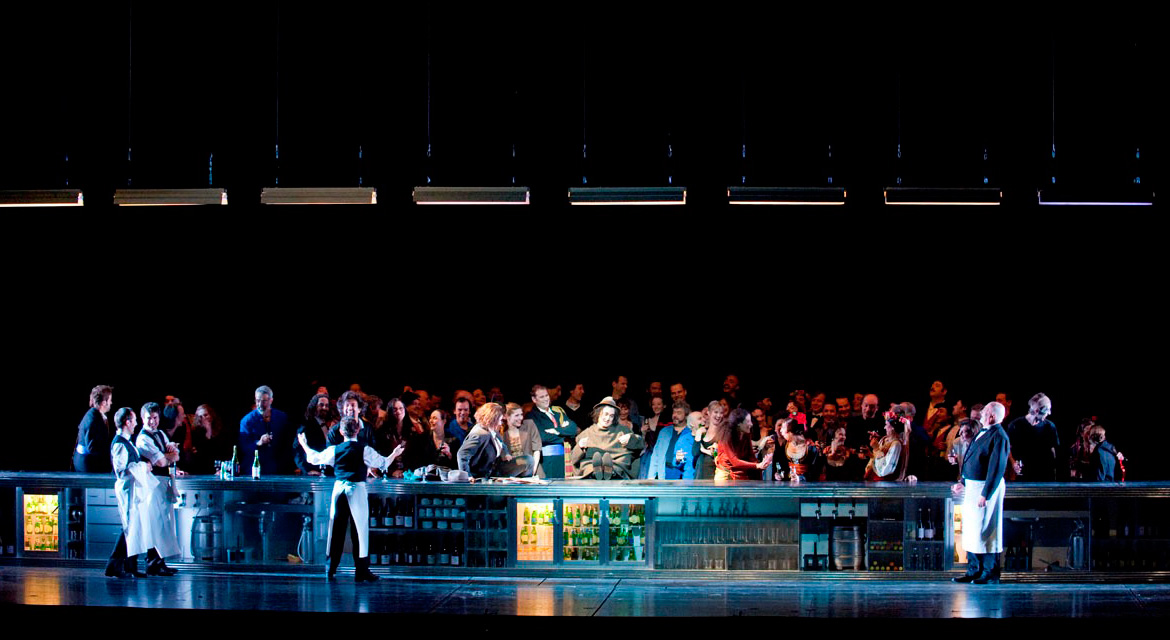 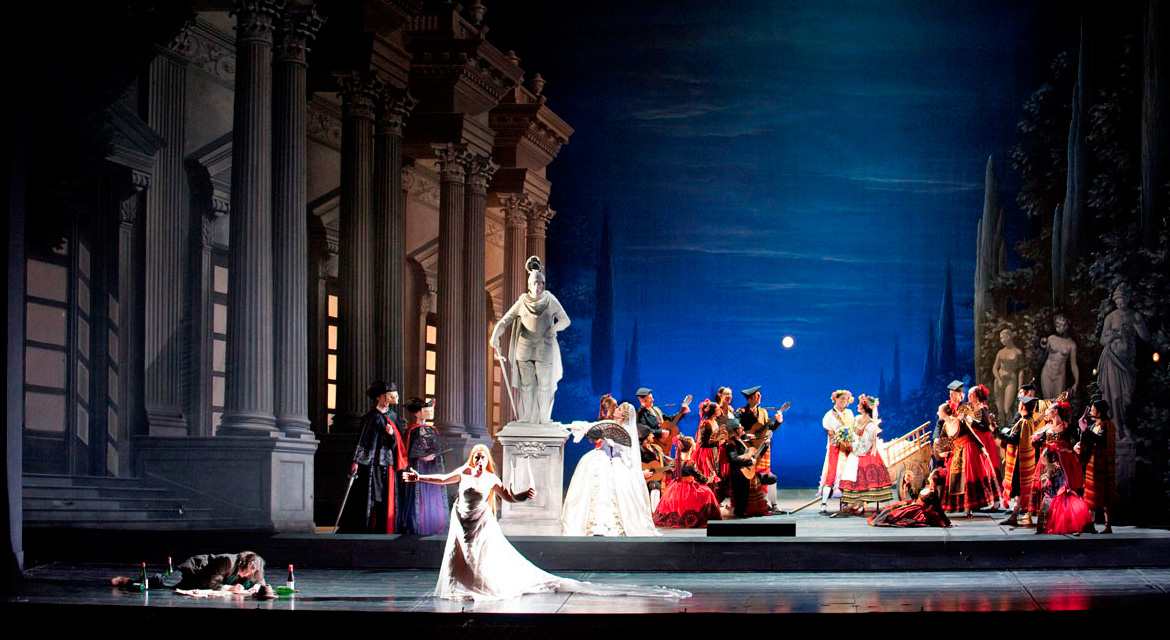 Robert Carsen’s production highlights the melancholy genius of a man marked by life, with coherence and dramatic sense but also a touch of ambiguity. Offenbach had written more than 100 operas and operettas by the time he started composing Les Contes d’Hoffmann. It would become his masterpiece, fusing fantasy, gravity, and humor in an unexpectedly innovative synthesis of opera buffa, romantic opera, and grand opera. He would never see its success, though; Offenbach died in October 1880, four months before the premiere at Paris’s Opéra-Comique.

Coffee, tea, and cookies will be served during the intermissions.

In French with English subtitles

Opera in a prologue, three acts and an epilogue (1881)